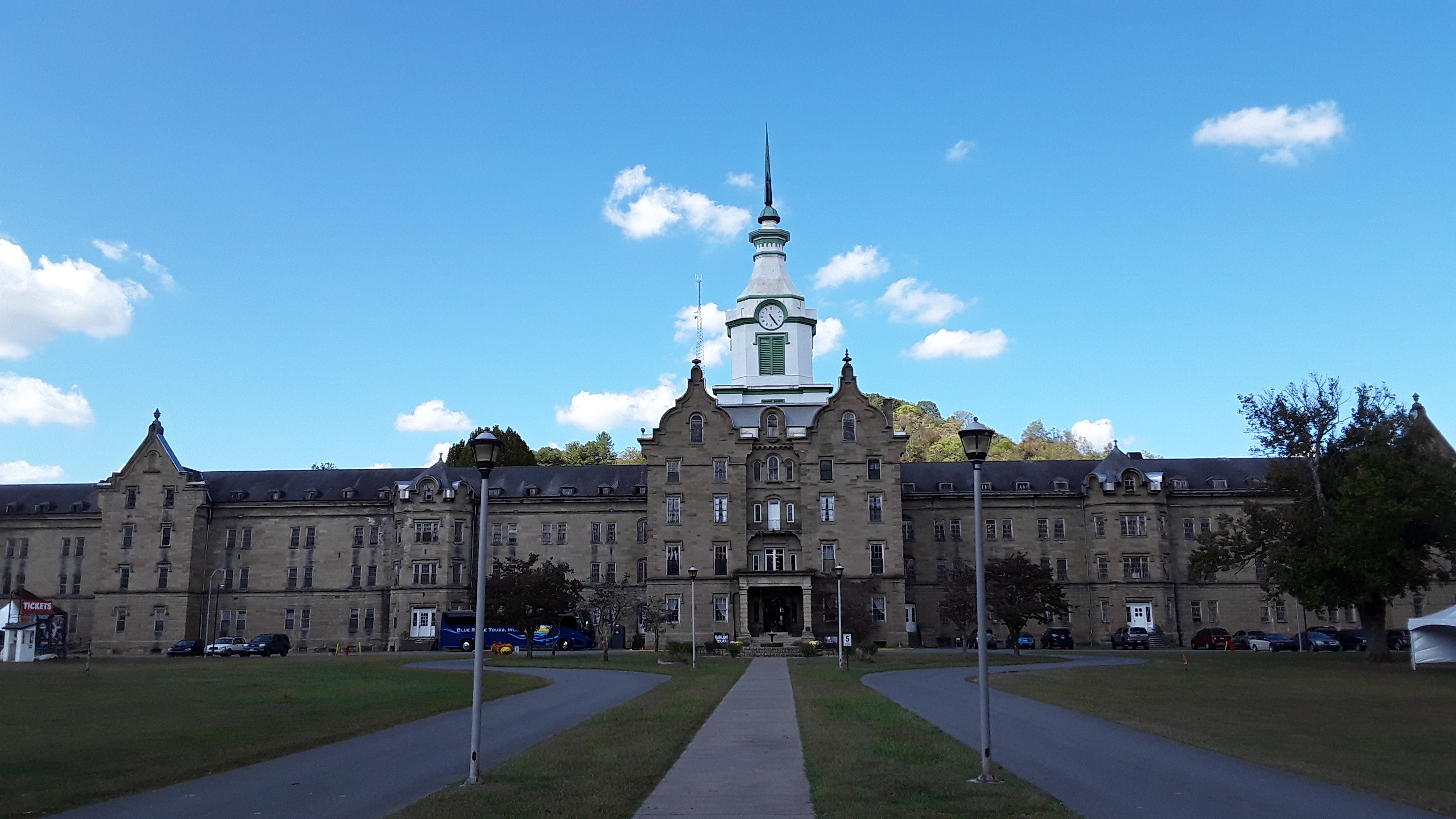 The Trans-Allegheny Lunatic Asylum, located in Weston, was a state mental hospital that operated from 1864 to 1995. The asylum is now open to the public as a tourist attraction and offers historic and paranormal tours April through November, as well as an annual costume Ball and other seasonal events. Visitors can enjoy daytime historic tours of the first and fourth floors, as well as daytime, overnight, or seasonal flashlight paranormal tours. Tours are available on a first-come-first-serve basis, so it’s recommended that you arrive 30 minutes early to sign in. Before or after the tour you can browse the exhibit hall which features photographs, artifacts from the facility, artwork by patients, and rooms decorated in 19th century fashion. Historic tours cover the history of the hospital from its beginnings in 1858 to its closing in 1995, its role in the Civil War, and how the mental health practices used their reflects national trends in mental health treatment. The Asylum also offers both daytime and nighttime paranormal tours. Many paranormal sightings and activity has been reported in the Asylum and it’s been featured on television shows such as Travel Channel’s Ghost Adventures. One of the un-restored wards

The asylum is one of the largest hand-cut sandstone buildings in the United States! The blue sandstone was originally brought in from nearby Harrison County, and later was quarried on site. The structure is almost 1,300 feet long, so massive that it took 23 years to built. The architect Richard S. Andrews designed the building to be so long so as to include lots of long hallways with lots of windows because sunlight was believed to help mental health according to the “Kirkbride System”. There over 900 windows in the main “Kirkbride building” named after Dr. Thomas Kirkbride, the physician who first classified “insanity” as a medical illness. Although the hospital was designed to serve about 250 patients at a time, it ended up housing over 2,400 patients at its peak as practices moved away from rehabilitation. Notable patients of the asylum include Orville Brown, aka the “Clay County Wild Man“, and the “Philippi Mummies“. The main building was listed on the National Register of Historic Places in 1978 and was designated a National Historic Landmark in 1990.

For tours and other information visit http://trans-alleghenylunaticasylum.com or call 304-269-5070. Due to the current COVID-19 pandemic all visitors are required to wear masks.

Examples of reasons for admission